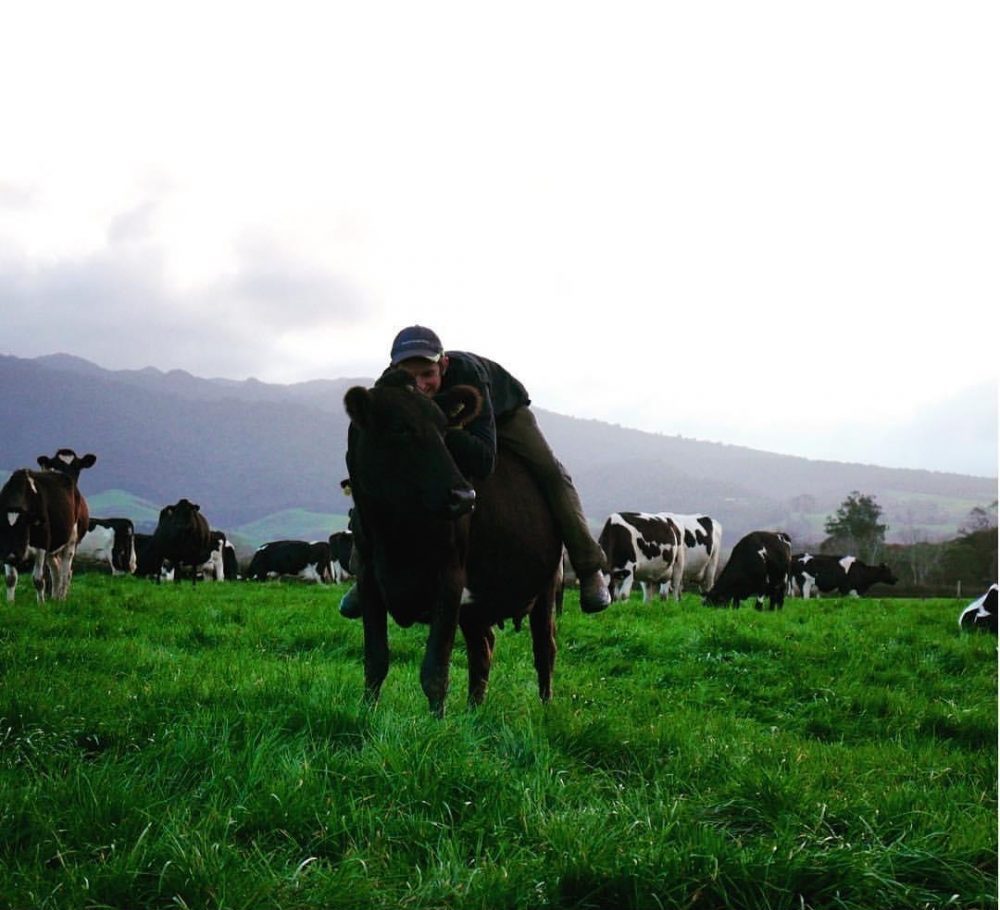 Learning in the field

Fraser Dymond is passionate about working alongside farmers so they can get the best service and advice when it comes to making cropping decisions.

The 24-year-old is a forage and cropping adviser for H&T Agronomics in the Waikato and King Country area.

He was named Farmax Emerging Rural Professional of the Year at NZIPIM’s National Conference Awards Dinner in August.

The judges were impressed with the lengths Fraser goes to working with his clients in getting the right outcomes for them and their business, as well as his willingness to trial and apply new ideas in the field.

Lots of farmers think they have to pay for my time monitoring their crops, but they don’t, that’s part of the service.

Fraser works with farmers to give advice and recommends a cropping plan including costs, with a follow-up service to monitor the crops and provide technical reports through to harvest.

“Lots of farmers think they have to pay for my time monitoring their crops, but they don’t, that’s part of the service. We don’t think farmers should just be sold seed, we want farmers to get the service and technical advice that reflects their investment.”

Fraser grew up on a dairy farm in the Wairarapa until he was seven years old when his parents moved off farm. The fire had already been lit, however, and Fraser had a passion for all things farming so studying agriculture at university was always on the cards. He studied a Bachelor of Agri-Commerce at Massey University in Palmerston North majoring in farm management.

Palmerston North was a fantastic place to study, it’s a great student town and so many students have similar agricultural interests, Fraser says. There are many pathways and job opportunities that lead on to working in the agriculture sector and a variety of degrees can get you there, he says.

“No matter what degree you do anyone can go into the agriculture industry now.

“I never knew this role existed when I was at university. You’ve got to keep your eyes open and talk to people in the industry.”

When he finished studying Fraser took a job working on a dairy farm in the Waikato where he took responsibility of the cropping side of the business.

“I wasn’t 100% sure what I wanted to do when I finished university. The opportunity came up to work on a dairy farm in Pirongia and I loved it.

“Working onfarm was very valuable to the role I’m in now, it gave me the understanding of what’s happening onfarm and a broader general knowledge. It’s easy to learn from a textbook but to implement that onfarm is a different story.”

His friend Jacob Smith, who works for H&T Agronomics, suggested Fraser put his hat in the ring for a job going in the Waikato and he was successful.

H&T Agronomics is a growing company which focuses on customer service and providing technical advice to help farmers make good decisions and help them grow a successful crop. They also have a major focus on developing seed treatments that create better environmental and production outcomes. It’s been an excellent starting platform to his career, Fraser says.

“I like being part of a small company where you feel like you’re contributing – you’re not just a number.”

Even with a degree under his belt, he has learnt so much since starting his job, he says.

“Working out in the field has been a big learning curve. It’s exciting to think what I will know with another five years working. That’s what drives me going forward.”

The role has seasonal peaks, with spring and autumn being the busy periods. Fraser has 70 clients on his books and gets around all farmers to make a cropping plan during winter. Farmers are exceptionally busy in spring so Fraser aims to help them have a plan sorted and then follows up to make sure paddock preparation is up to standard and to ensure crops go in on time.

He also liaises with contractors to ensure best practice for planting and establishment.

“We keep a relationship with the contractors as well to ensure the best results possible.”

He visits each farm every two or three weeks once the crops are planted to ensure they are establishing well and continually monitors crops, giving farmers reports on progress and offers advice on when to harvest a crop.

“I like to get farmers out to check paddocks with me, which educates them on their crops so they can also ring me if they think anything is not right.”

Getting around all the farms during the busy period can mean some long hours but it balances out during the quieter months, when Fraser can get away skiing in winter or playing tennis in summer.

As well as working with farmers, Fraser keeps busy attending discussion groups and meetings to stay across industry issues, for anything that could impact cropping on farms. With his prize money from NZIPIM, Fraser is setting up a project to look at sustainable forage cropping and best practice. He wants to focus on using ground cover species with winter grazing crops, such as oats and plantain.

The vast majority of farmers are now considering the environmental impact of their cropping practices and the quality of their crop, rather than just the profit or the yield, he says.

“Most people want to do the right thing, and it’s great to be able to look at those options in depth with farmers.

“Direct drilling for example is a no-brainer now. It’s flipped around and farmers now avoid cultivating unless they have to.”

He wants to continue to offer his clients the best advice when it comes to sustainable cropping.

One of his concerns with the new freshwater statement is around intensive land use. There is still a lot of under-productive land that could benefit from different management, but he worries those opportunities could be taken away in the future, he says. Other topical issues for the future that will impact cropping is the public pressure on the use of glyphosate and neonicotinoids.

“We are being challenged, but that’s when new solutions come out. It is exciting to be young. We will have a chance to push the industry forward.”

Fraser’s long-term plan is to work back on a farm in some capacity and ideally have an investment in land. He would ideally like to be living on a farm to bring up a family of his own in the future.

“The ideal would be to use my knowledge and passion for cropping systems on a farm of my own or one that I have an investment in.”