A revolution in slug protection

Traditional slug treatments, such as baits, have long been the industry standard. While mostly effective, problems such as bycatch and incomplete coverage meant that there was still room for improvement.

Keeping true to our promise to embrace fresh thinking and solid science, we came up with an innovative solution to both problems – RAPPEL®.

Developed through our research division OptiTech®, RAPPEL® is a seed-applied slug repellent that is now available on brassica, cereal and pasture seeds. It is also compatible with other seed treatments that provide built-in protection from diseases and other pests.

Put to the test

To measure RAPPEL®’s effectiveness in protecting plants from slug damage, H&T conducted 14 trials on a range of pasture and brassica seeds. In all cases, RAPPEL® successfully allowed treated seedlings to establish in the presence of slugs, with little to no slug damage.

We commissioned AgResearch to carry out field experiments using forage rape seeds. Slugs were introduced to three test populations, two of which were treated with two different levels of RAPPEL® and one untreated control. A fourth untreated population was grown in a slug-free environment. 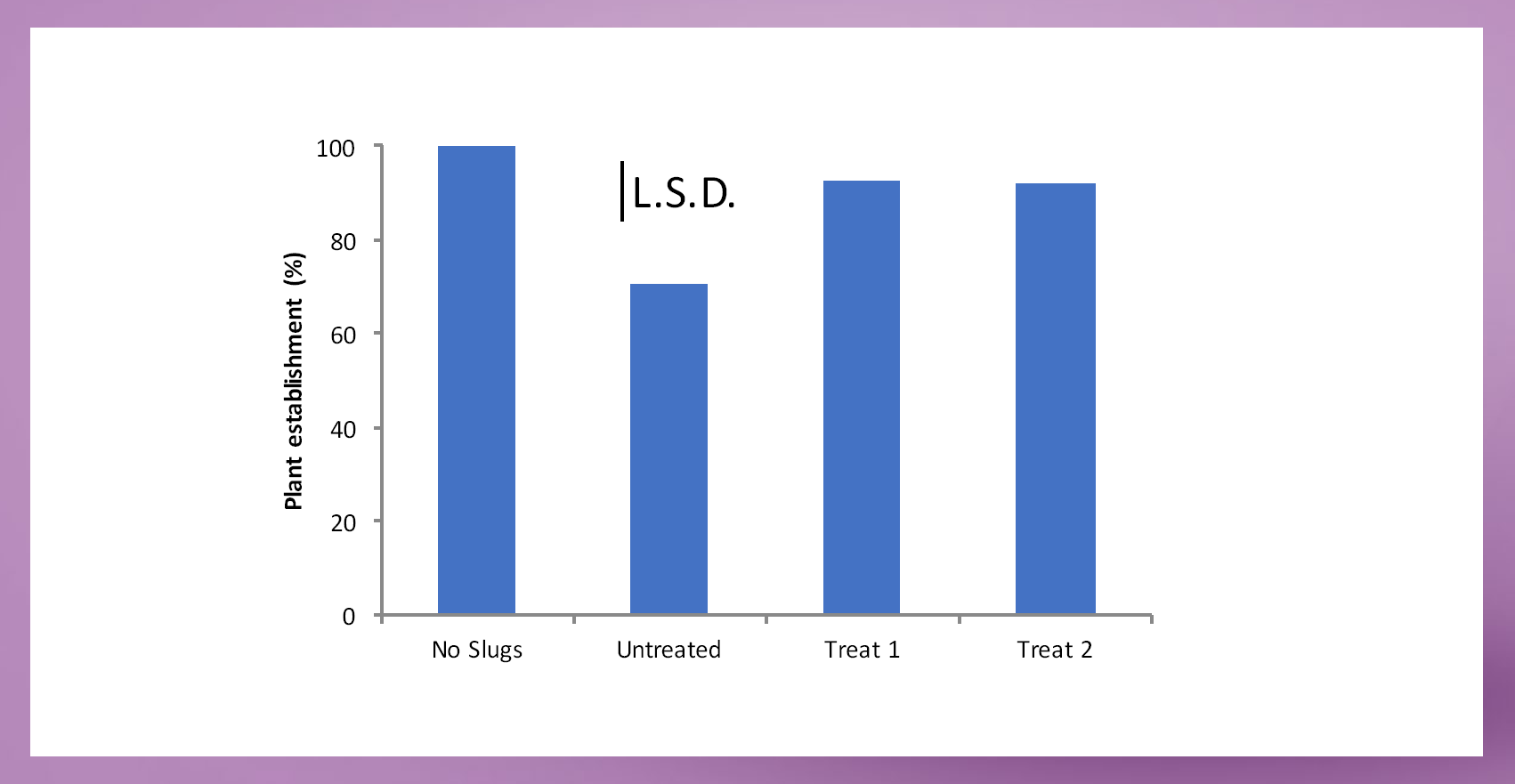 To assess the effectiveness of RAPPEL® in a high-pressure, direct-drilled chicory and clover environment, we sowed 13kg/ha of RAPPEL® treated seed. Slugs were observed at the sowing stages and continued to be observed throughout the test at high levels.

The seedlings that emerged were able to repel slugs during a prolonged wet, cold period that favoured the slugs and put the plants at a disadvantage. In spite of this, no slug damage was reported.

Brassica tests conducted in Pahiatua proved that RAPPEL® was effective even in the face of very high slug populations. A paddock was sown with RAPPEL® treated Spitfire rape at 4kg/ha and, two weeks later, four 0.25m2 commercial slug mats were placed to measure the effects when faced with an increased slug population.

At the conclusion of the trial, the average population density under each mat was measured at 111 slugs per square metre. Worms, slaters and spiders were also present. Research has shown that slug densities 22 times smaller than this can affect plant populations by as much as 29%.

We concluded that RAPPEL® treated seed was able to establish successfully without harming the slugs or other invertebrates. In all tests, germination rates were unaffected by treatment with RAPPEL®.